We usually hold a varied stock of refurbished bikes, but if you’ve already got a good idea of what your new bike looks like, we’re always happy to build it for you.

We’ve always got a selection of quality road and touring frames in stock, and we’re expert in sourcing frames to suit our customers’ specifications.

Here are just a few of the custom bikes I’ve built over the last year or so – a good cross-section. If you’re in the market for a bike we can build something to suit your budget – ‘custom’ doesn’t have to mean ‘expensive’! 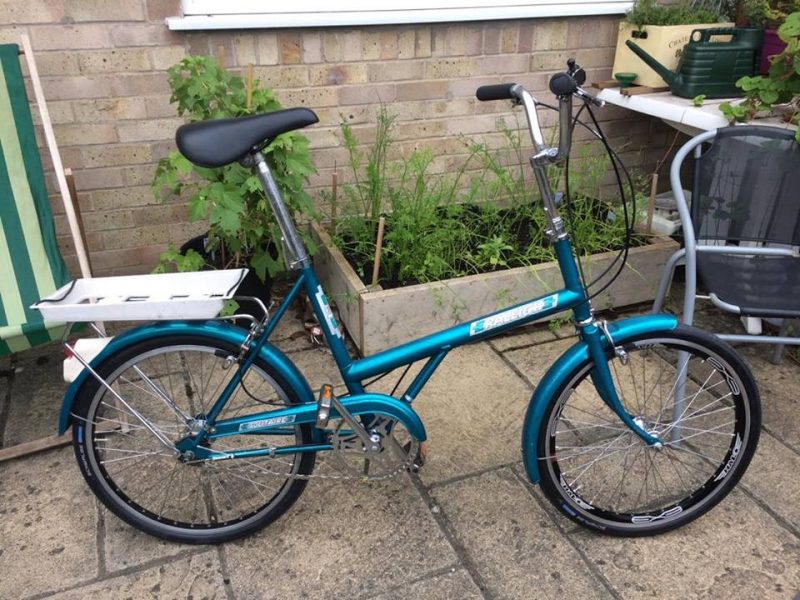 We built this Raleigh Twenty for a student – it’s a perfect city bike: sturdy, reliable, comfortable, with nippy handling. And a bike thief wouldn’t be seen dead on it! It’s pretty original, but we rebuilt the wheels with modern alloy rims, which give way better braking than the original steel ones. We stripped and rebuilt the bike, including its Sturmey Archer three-speed hub gear. We also fitted new grips, cables, tyres and tubes and a new chain. I think the Raleigh Twenty (also known as the Shopper) is one of the coolest bikes around, and I’m trying to talk the rest of the world round to my way of thinking…

One Speed Is All You Need 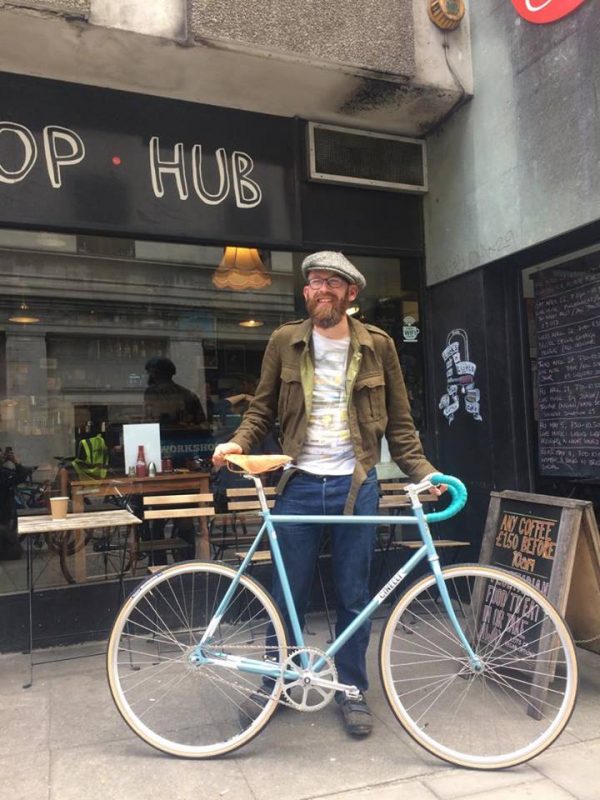 This Cinelli single-speed was a custom job for Ben, a long-time customer – he wanted to treat himself to his dream bike, and here it is! It’s pictured here with a Shimano coaster-brake hub, but I built another rear wheel with a track hub – Ben rides the bike with the coaster brake in the city, and fits the fixed-gear wheel for longer blasts in the country. The bike features Nitto bars, Brooks saddle and bar tape, and some extremely radical vintage TA Specialites track cranks. 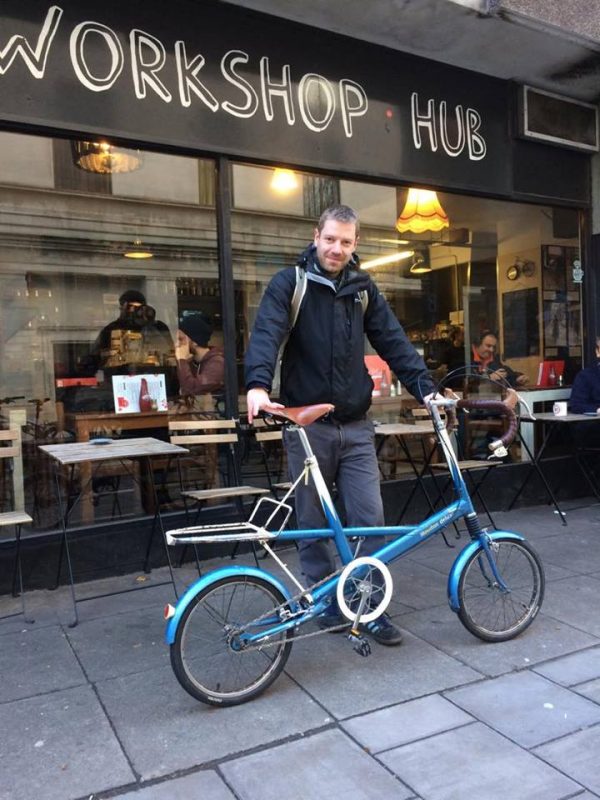 This bike’s owner is from Bradford-on-Avon, where Moulton bicycles have been built since the early ’60s –  he felt that he should have one of his own. We found him this 1965 Deluxe and gave it a full mechanical restoration. It has a few new parts (chain, cables, bar tape and tyres) but most of its components are original. The ‘billiard-cue’ paint job is just too cool! A well-sorted ’60s Moulton rides nearly as well as a brand new one, and this fully refurbished bike cost its new owner about a third of what a brand new one would set you back! 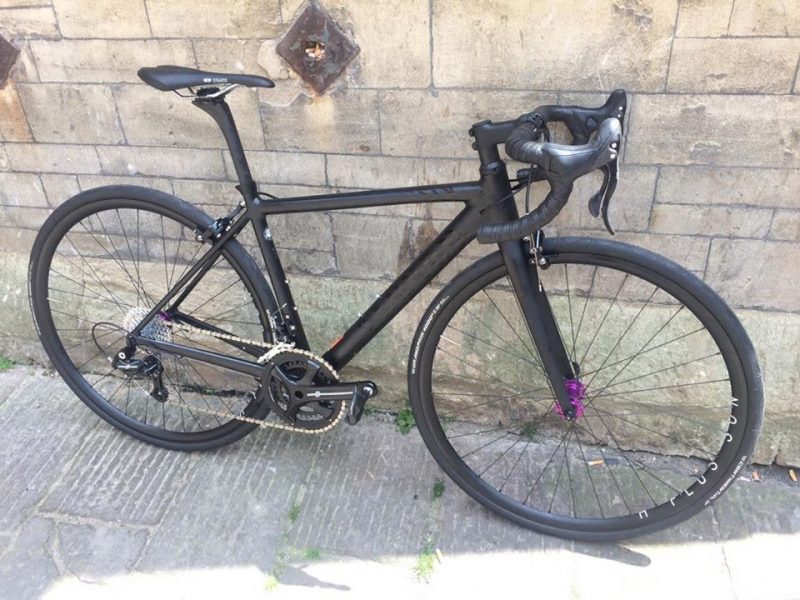 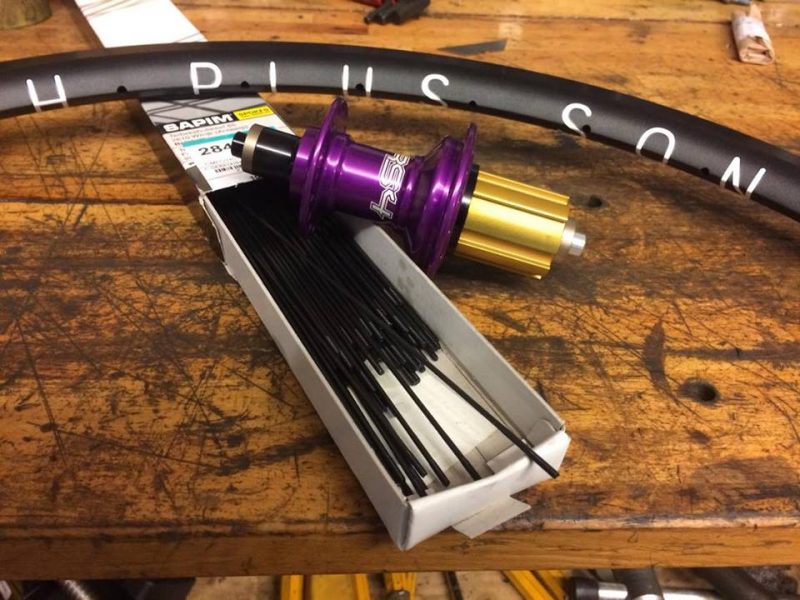 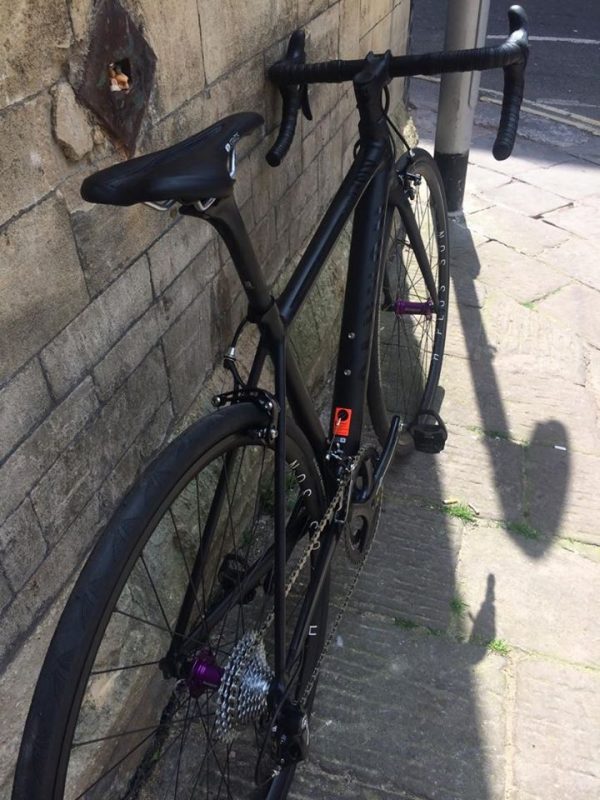 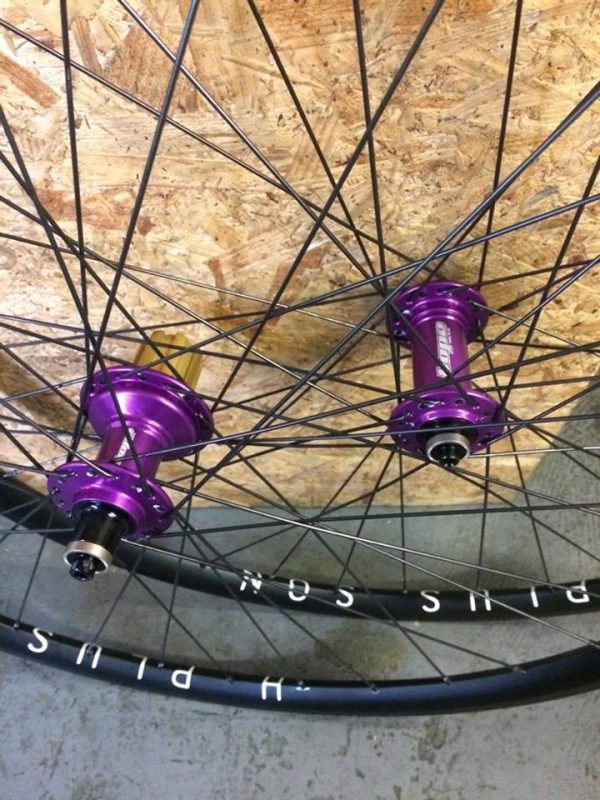 Kevin is a long-standing customer, I’ve been servicing his venerable Bianchi for more than ten years now. He’s been dreaming of this bike for as long as I’ve known him, and he finally gave the go-ahead to build it. Kevin’s a die-hard road rider, raised on the golden era Tours de France of the ’80s and ’90s, so the groupset had to be Campagnolo. The frame is a Canyon Ultimate AL – the matt black on matt black colour scheme was Kevin’s idea, but I managed to talk him in to the anodised purple Hope RS hubs… The wheels are custom, with H+Son Archetype rims. 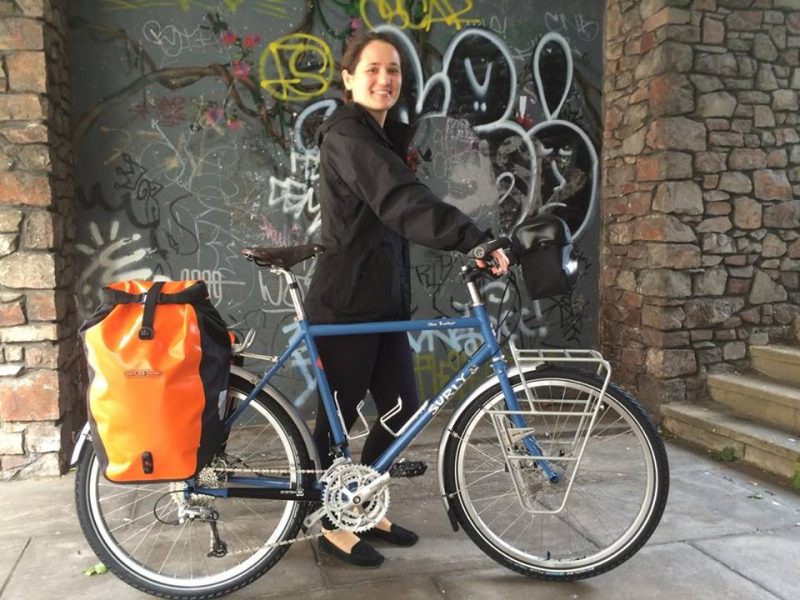 Best mates Tina and Marta came to us for a matching pair of world-beating custom touring bikes, specced for their upcoming tour of Patagonia. We built a brace of Surly Disc Truckers, complete with ever-reliable 9-speed transmissions, cable disc brakes and steel racks, as well as Brooks leather saddles, Ortlieb luggage and Ergon grips. Probably the best touring bikes in the world! These are some of the only bikes I’ve ever built not to feature a single secondhand component…

The intrepid explorers were kind enough to send me some pictures when they got back – looks like quite the adventure! 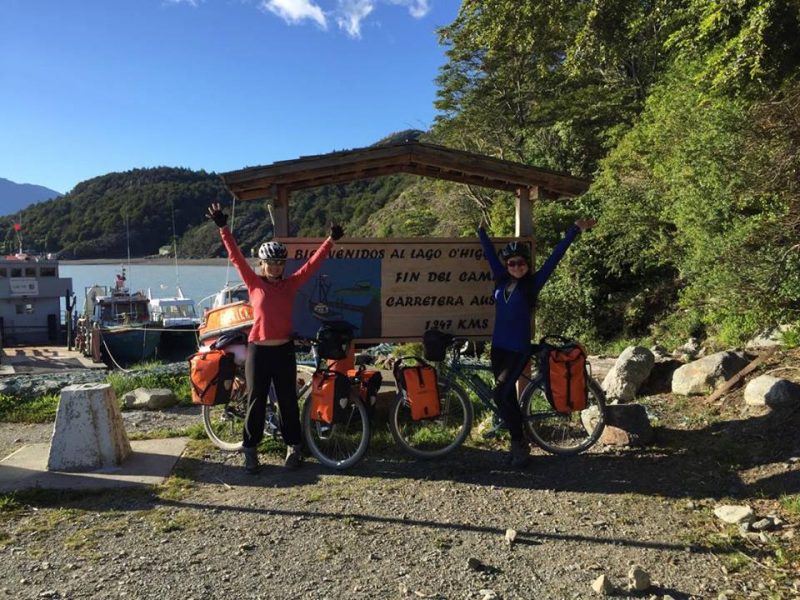 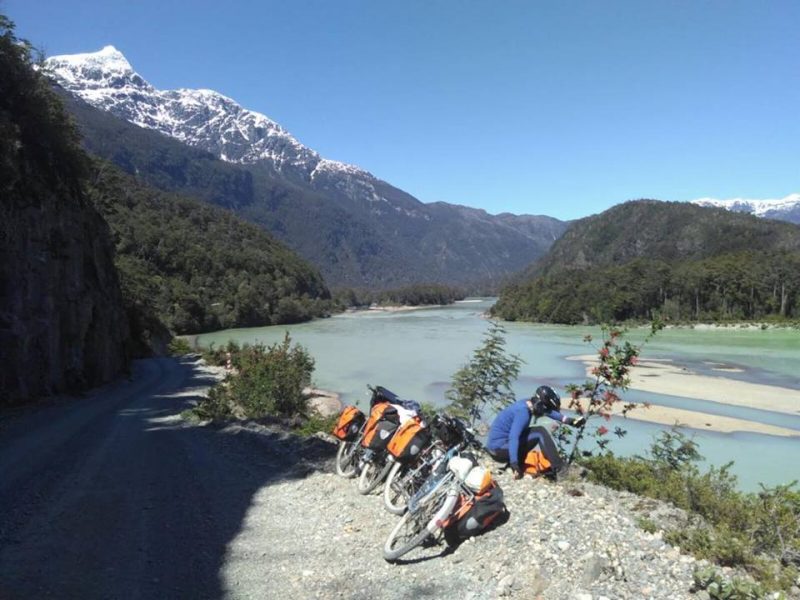